Will Pope Francis Pull it Off? is the title of Prof. Rocco D’Ambrosio’s new book about the reform program of Pope Francis. 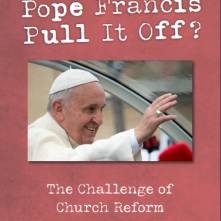 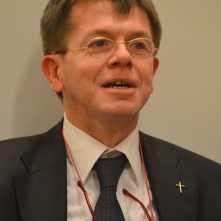 Born in 1963, Prof. D’Ambrosio is a priest of the Diocese of Bari in southern Italy, and holds the chair of political philosophy in the School of Social Sciences at the Pontifical Gregorian University.

He is also a freelance journalist, whose by-line may very well be familiar to many listeners, especially – though by no means exclusively – those who read the Italian journals.

His slim, provocatively-titled volume is deceptively dense, and poses serious questions in the engaging style of a seasoned journalist who knows his beat.

He has his opinions – and while he is not afraid to share them – you’ll hear – he does not let them get in the way of clear presentation of the facts, nor is he afraid to say what we don’t know about the complex realities facing the man who was elected to reform the governing apparatus of the Universal Church.

Will Pope Francis pull it off?

The first – and obvious – question is: what is it?

That is where our conversation began, and as you’ll hear, it was harder to nail down than one might think.

Friends, the podcasting arm of Vocaris Media is listener-supported, so, your donations really are what make this possible. $1 / show is what we ask – though we’re always happy to receive more.

You can donate by going to thinkingwiththechurch.wordpress.com and clicking on the “support TwtC” tab in the menu at the top, or by going to vocarismedia.com and looking for the “donate” button in the top-right corner of the page.

You can participate in discussions by going to the blog: again, that’s at thinkingwiththechurch.wordpress.com and leaving your thoughts in the comboxes.

Like the Vocaris Media page on Facebook to stay abreast of all the doings at Thinking with the Church and in our other initiatives: facebook.com/VocarisMedia/

“Thanks!” as always to Executive Producer Ester Rita.

Sean Beeson composed our theme. Hear more of his musical stylings at www.seanbeeson.com.

One thought on “Episode 15: Will Pope Francis Pull It Off?”